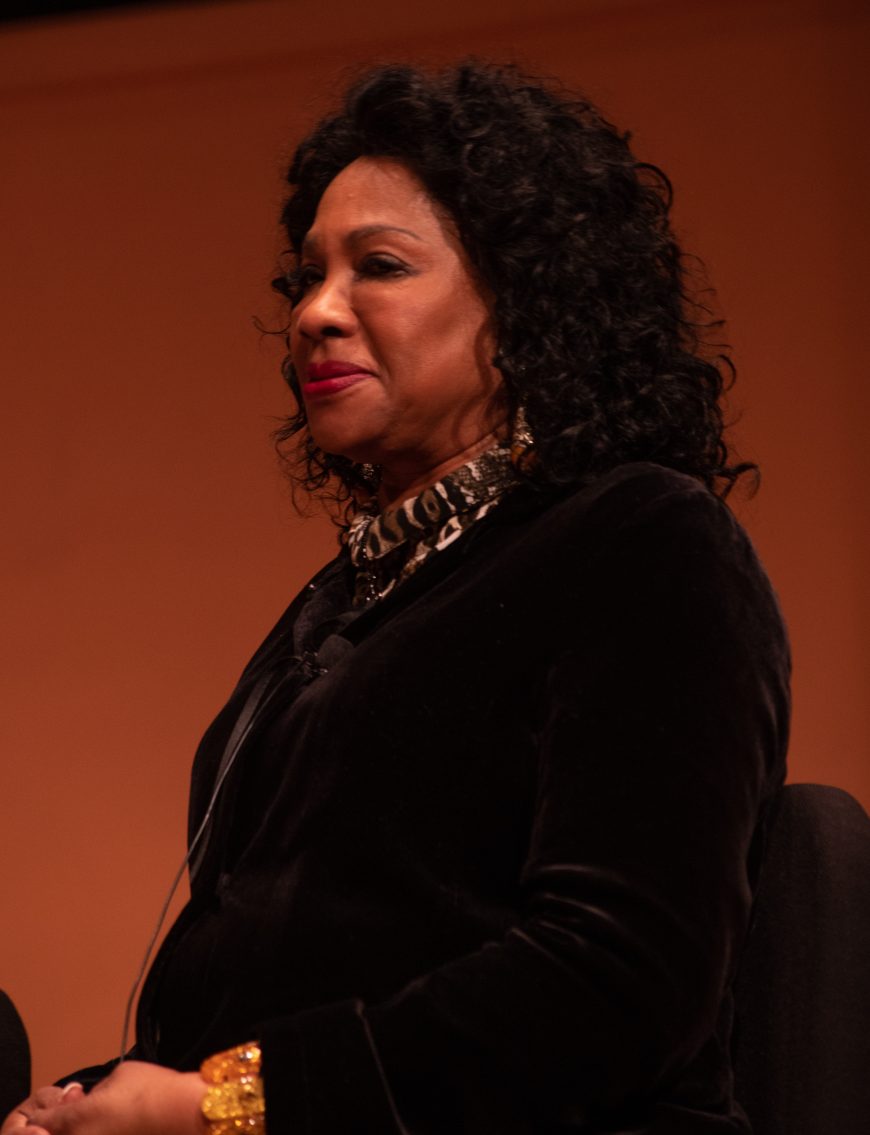 One group of President Joe Biden’s allies isn’t joining Democrats in celebrating his new climate law — advocates for low-income and minority communities, who say that once again their environmental needs have been sacrificed for political compromise.

The measure, the most ambitious climate legislation in U.S. history, represents a major win for Biden’s party as it heads into the November election. But many activists from neighborhoods that have long suffered from environmental threats say the trade-offs Democrats made to win the support of Sen. Joe Manchin (D-W.Va.) outweigh the legislation’s efforts to redress long-standing racial and economic unfairness.

Even members of Biden’s own White House advisory council on environmental justice are lamenting the concessions, which they suggest could dent their allies’ enthusiasm for turning out for Democrats at the polls. The deal with Manchin included commitments for oil and gas lease sales, money for carbon capture technology favored by the petroleum industry and the promise of a new bill to ease the permitting process for pipelines — actions that environmental justice advocates say will subject their communities to more fossil fuel pollution.

To the advocates, the message their communities are hearing is: Wait your turn. Again.

“Somehow, we’re both a bargaining chip and the people that can save the day when it comes to elections,” said Maria Lopez-Nuñez, deputy director of organizing and advocacy with the Ironbound Community Corp. in Newark, N.J., and a member of Biden’s White House Environmental Justice Advisory Council. “Those are moral contradictions that can’t stand for too long. Something’s got to give.”

Biden came into office pledging to tackle climate change and racial inequality simultaneously, weaving plans for environmental justice into his platform. Mainstream green organizations pitched in as well, promising to help local groups fight against pollution that puts their communities at risk — and reorienting much of the environmental movement to address criticism that it has too often favored the priorities of richer, whiter activists.

But in the end, the environmental justice advocates say, Democrats chose to take Black, Hispanic and Indigenous voters for granted and well-connected environmental groups cut them out of the political process.

“We’ve been sold out for this vague notion of ‘compromise,’” said Dallas Goldtooth, an organizer with Indigenous Environmental Network, a coalition of grassroots Indigenous organizations. “Certain groups of people, communities, voices are seen as sacrifice zones for a ‘greater good.’”

Environmental justice advocates were disheartened that a bulk of the Inflation Reduction Act’s $700-plus billion will flow to corporations or support tax credits for purchasing electric vehicles, which remain out of reach for many people. The final measure, H.R. 5376, was far less ambitious than the Democrats’ original $3.5 trillion plan from last year, which called for massive investments in social programs.

Even supporters of the bill, which includes $369 billion in climate incentives, acknowledge it contains major compromises. Chief among them is a guarantee to continue federal oil and gas leasing, including in the Gulf of Mexico, dashing Biden’s campaign promise to cease fossil fuel development on federal lands and waters. The White House did not immediately comment.

That measure rankled racially and economically disadvantaged communities that lie in the shadow of the Gulf Coast’s petrochemical facilities, said Robert Bullard, director of the Bullard Center for Environmental and Climate Justice at Texas Southern University and a member of the White House Environmental Justice Advisory Council.

But the bill also commits $60 billion to environmental justice funding, which Democrats say is the largest sum the federal government has ever offered for cleaning up pollution in low-income communities and communities of color. But Bullard and other advocates questioned that figure.

Dana Johnson, senior director of strategy and federal policy for Harlem-based WE ACT for Environmental Justice, said the total included technologies such as direct air capture, which pulls carbon dioxide from the air, as an environmental justice benefit. Advocates have instead cited an analysis from the Just Solutions Collective, which works with environmental justice communities, that say the bill’s actual spending on the issue totals $47.5 billion. The Congressional Progressive Caucus Center puts it closer to $49 billion.

“This is not perfect,” Bullard added, though he said there were “a lot of good things” in the bill. “What we have to do is get a commitment that this is not the end of our work on climate justice, and that we have to work better and work more and work harder to ensure that those big gaping holes that are left in this bill are filled with justice.”

Others say the bill advances the efforts on environmental justice, but it’s not the final say on the matter.

“There’s a lot to say about the way that the left often has these internal dialogues and debates around whether something is perfect, » said Jade Begay, the climate justice campaign director with the Indigenous environmental group NDN Collective and a member of the White House Environmental Justice Advisory Council. “Keep momentum up and keep our eye on the target, which is not each other. We can’t get distracted by the purity politics and debating each other.”

Environmental justice groups have begun calling on lawmakers to oppose any permitting bill , which they say would harm communities suffering from pollution by reducing the input from local voices during the project planning process. Activists are also pushing Majority Leader Chuck Schumer and other Democrats to avoid linking the permitting bill to a must-pass funding measure needed to keep the federal government from shutting down after Sept. 30. Instead, they’re urging a standalone vote that would create longer odds against passing the permitting bill.

Activist groups also have continued prodding the White House to invoke emergency powers that would allow stronger executive actions to reduce the pollution driving climate change. Those types of actions will be needed, they say, because even the modeling from Schumer’s office shows that the new law will fall significantly short of Biden’s goals for reducing U.S. greenhouse gas emissions.

“We have to be thinking outside of the box to stop some of these bad things from occurring,” said Beverly Wright, executive director of the Deep South Center for Environmental Justice. She said part of the onus is campaigners to realign the “balance” in the Senate by focusing on voting rights to ensure that Democrats don’t have to rely on such thin margins. “So I’m not sad, I’m not crying. I’m motivated to find another way.”

Some advocates, however, called for scrapping the entire climate package.

Coalitions like the Climate Justice Alliance, composed of 84 organization representing communities facing high amounts of pollution, came out against the bill before the Senate passed it Aug. 7. The Michigan Environmental Justice Coalition indicated it would exit the Equitable and Just National Climate Platform, a much-ballyhooed partnership between Beltway-centric groups and environmental justice organizations who felt they’d been cut out of the political process, according to a letter obtained by POLITICO.

“DC-based groups have spoken on our behalf to Congressional members without our prior and informed consent. They have asked us to take laudatory positions on legislative and executive actions we had no knowledge of or that we wouldn’t readily agree with,” wrote the coalition’s executive director, Jamesa Johnson Greer. “Without the historic and outsized access to Congress that Big Green groups enjoy, [environmental justice] organizations have been unfairly isolated through key advocacy moments … resulting in dangerous consequences for our people.”

Environmental justice groups worry that the spending in the new law will expose their communities to fledgling technologies with unproven track records, such as carbon capture and storage or hydrogen power. A task force for the White House Environmental Justice Advisory Council recommended against funding such projects, but the Inflation Reduction Act approves billions in incentives for them.

Many of those groups are also skeptical of the modeling the Inflation Reduction Act’s backers have used to justify its climate-fighting benefits, saying it relies in part on uncertain technologies and assumes weak demand for oil and gas produced on federal land.

But the modeling made one thing clear that the bill’s supporters and skeptics can agree on: It’s not enough to reach U.S. climate goals. That, at least, has given all types of environmental advocates more targets to pressure as they push the administration to avoid complacency.

“One of the most dangerous parts about the IRA is if people throw up their hands and say, ‘That’s it, we’re done,’” said Jean Su, energy justice director and senior attorney with the Center for Biological Diversity. “Like, ‘We did it. Mission accomplished on climate.’”